The Simmental breed is one of the oldest and most widely distributed breeds of cattle in the world. The original herdbook for registrations was established in Switzerland in 1893, and the breed now makes up over half the population of cattle in that country. Simmental is second only to the Brahman bred in terms of world-wide numbers with total purebred registrations now exceeding 40 million head. Originally developed as a duel-purpose breed, Simmental were used for both milk and meat production in the European countries.

American cattlemen, searching for faster-growing and more efficient cattle, began to import Simmental in the late 1960’s. As they infused these new genetics into their herds they found that, not only did they increase weaning weights by 50 to 75 pounds, but they also improved feedlot gains and efficiency. The females that were retained in the herd were early maturing, highly fertile and gave ample milk to raise a heavy weaning calf. These positive attributes have made the Simmental breed one of the fastest growing and most significant breeds in American beef cattle production. Ongoing university research continues to prove that Simmental-sired cattle produce carcasses that hit the production target for cutability more often than any other breed, and they are very acceptable in hitting the quality target as well.

The Simmental breed has a diversity of color patterns that breeders have developed as a result of their environmental and marketing conditions. The breed, historically known for its straw-colored or red and white hair coats, now has purebred strains that are red and black-baldies, solid reds and blacks, as well as the traditional colors. 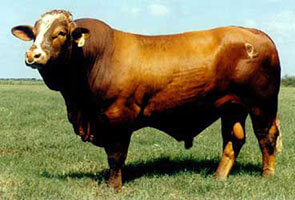 The initial development of the Simbrah breed occurred in the southern part of the United States and to a large degree in South Texas. It was there that cattlemen could see the benefits of combining the two most populous breeds in the world, Brahman and Simmental, into one breed. Today, the popularity of Simbrah cattle extends far beyond the Gulf Coast region, andas a result it has become known as “The World’s Breed”. And rightfully so, as the breed does in fact produce “the best of both worlds”. The genetically divergent backgrounds of the twoparent breeds enhances the strengths of each in the resulting product - Simbrah.

The Brahman influence adds disease and parasite resistance, adaptability and longevity; while the Simmental contributes its strengths which include rapid and efficient growth, carcass quality, fertility and milk production. All these positive production traits are wrapped up in one package that is made up of 5/8 Simmental and 3/8 Brahman.

The Simbrah herdbook is maintained by the American Simmental Association and thus breeders have one of the most state-of-the-art sire summaries in the industry available to assist them in making their breeding decisions. The Simbrah breed is one of the most popular of the Brahman-influenced, or American breeds, with more than 10,000 head being registered annually. 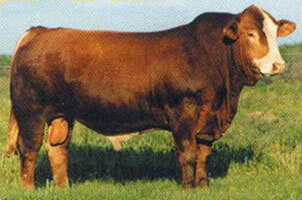 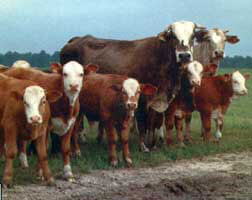 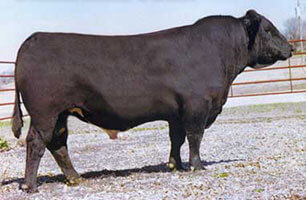 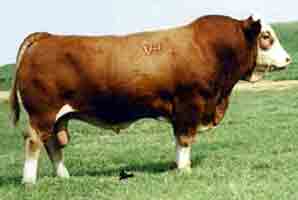 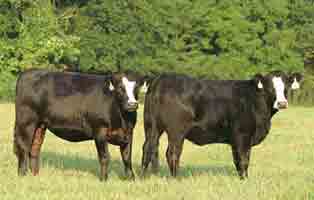 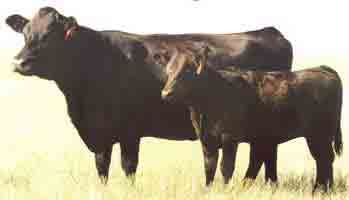